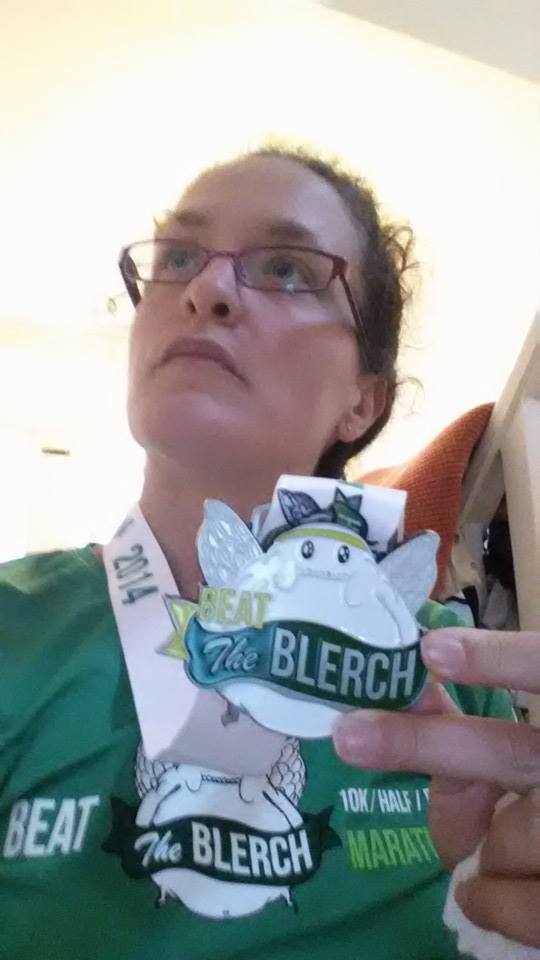 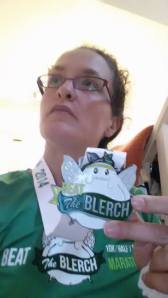 So awhile back I mentioned that I was struggling with my training.  A bunch of crummy things had happened, and, being a fool I just tossed the shoes to the side and played the “sad little clown” card.  What snapped me out of it was a donation to my cause (now at goal, thankyouverymuch… but please feel free to donate on behalf of any beloved motorway in England… give me some love A426 and the A4303!) and then…

The Blerch called.  In a good way.

Turns out that The Oatmeal managed to turn his demon into an entire run.  In Washington.  Which is not in the UK.  Yet.  I don’t know what will happen if Scotland leaves, maybe we can take Washington?  Like a sort of swapsies?

Any way, Washington is a bit far for travelling, and the race apparently sold out insanely fast. Thus stepped in the Virtual Blerch run, which I call the Verch Blerch.  Basically you order a packet and promise you’ll run either a 10k, half marathon, or marathon virtually.  Thus earning a fat little fairy medal, which everyone should have.  This apparently sold out stupid fast as well.  My husband, being of the pure online geekery breed, pounced on this like an internet cheetah and surprised me with it.

Ah, he knows me so well.

While the official race is next weekend I have :

1. An actual holiday coming up at a place with unlimited ice cream (seriously)

So I thought that this weekend would be my weekend to make that Blerch my b*tch.

1:38 for 8 miles which included all stops for crosswalks (to all you fools who “have to keep it going” I just could not imagine giving my life for 10 more seconds per mile) and my rather dumb mistake of inserting a hill at mile 7.

But, girl gotta earn her snacks.

Now, if you don’t mind me I’ve got a soft serve ice cream machine to put my head under.  Because I earned it.