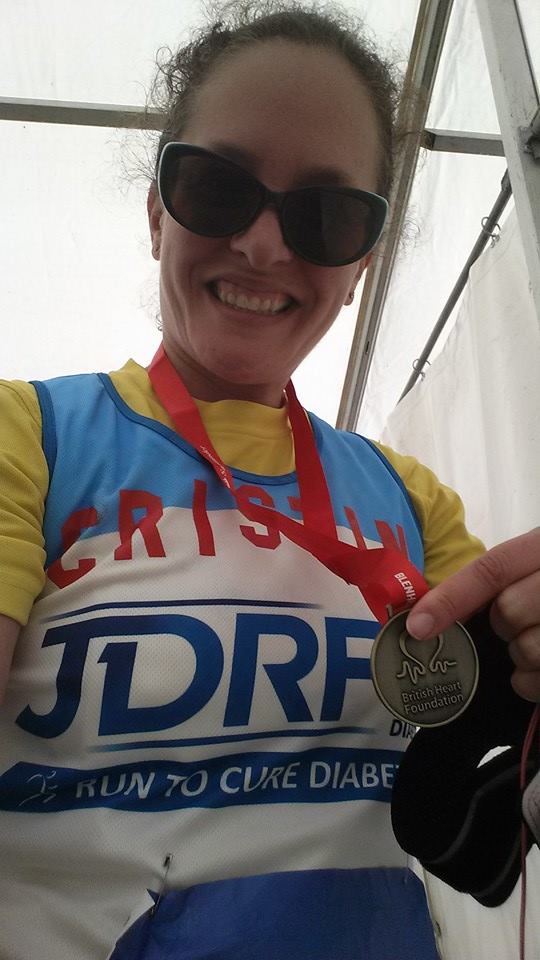 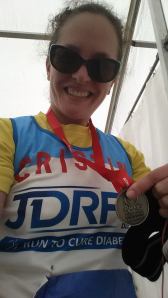 For those regular readers the PB should mean that chicken that trounced me a few months back would have been eating MY feathers… if I had feathers.

It’s as if my brain forgot that I’ve been living in a medieval city for 6 years.

The traffic backed up pretty far as the half marathon and wheel chairs were being let go at 10 and 10:30 AM, respectively.  My nerves at the max I jumped off the stop about a half mile from the palace and expended my nervous energy running up to the entrance… only to see the bus I was on pull up at the same time.

By the time I dropped off my bag they were lining up to set people on their way.  If they had not accidentally put people at the wrong start I would have been throwing my bag and running across the start line.  I laughed, because of my luck and because I was foolish.  Because shortly after the laughing I remembered:

Had I trained for these kind of hills?  No.  I am running a flat race for the Royal Parks.  “But,” I thought to myself, “I can handle this.  It’s only six miles.”  Seeing as that I had never run this race before I didn’t realise that at one point the super fast half marathon folk, who also likely trained for hills, merged with us.  There was also a point where the not so super fast half marathoners merged with us, and when they were supposed to go one way many went another and found themselves turning around and running smack into the 10k runners.  So for points I had a mixture of gazelle like creatures with perfectly formed muscles gliding past me like a cool summer breeze and then a bunch of red-faced, confused and annoyed runners in my face.

The only thing that helped, however, was all the drama delayed the inevitable thing: Going back up the hills.

But I still broke my PB.  How?

Well, you get to go back downhill, now don’t you?  By the time I got “to the part of the race I knew from the 7k” I knew I was in a primarily gradual decline and that according to the soothing female voice in my ear I would be at 1:11.  So I dug deep and made it across in 1:11:31.

I was thrilled beyond words and even went to have my medal engraved because this was a momentous occasion.  I then wandered into the changing tent, snapped a picture, got immediately out of cold clothes and took a moment to bask in glory.  I even ran into a co-worker who happily congratulated me as she and her sister headed past to enjoy the crowds and the palace.  I was great.  I was awesome.

I forgot to pack food.

I forgot Blenheim doesn’t really give out much except water and I needed food.

I thought – foolishly – that I could survive the bus ride back to Oxford.  I did, but by the time I got there a pain had developed behind my right eye and a migraine was shortly to follow. I wandered, partially blind, to the nearest food location and nibbled a plate of rice.  I decided to take a taxi home to speed my way.

Only it was move-in weekend for Oxford University.  There were no taxis.  I would have to bus.

I practically crawled onto the first bus, only to exit at High Street and vomit up the rice I had eaten earlier.  I then walked slowly to a park bus stop and waited for a half hour until the next one arrived.

Slowly, carefully, in twice the time it took me to transverse 6 miles I made it the whole 5 mile journey home.

I crawled inside onto the couch and slept for two hours.  Waking up I consumed the rest of the rice only to head straight to bed shortly thereafter.

It was a bittersweet victory.

So, there you have it: How NOT to get a PB.  Prepare properly for your races, people.  Even experienced silly people like me forget to do that and it can cost you!