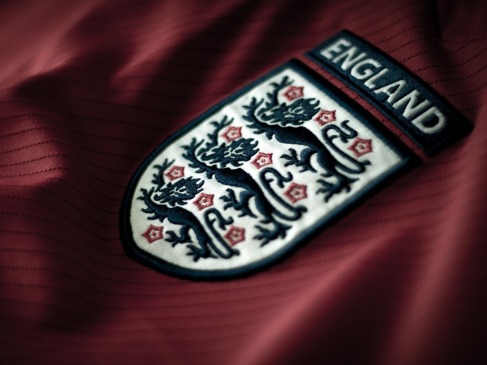 I got into football, not to be confused with AMERICAN football, back when I started to work regularly with UK colleagues.

Though I have decided never to back a premiere league team* I have always enjoyed watching international football.  This is because it reminds me quite a bit of college AMERICAN football.  There is more pride at stake than just having a pretty silver cup or trophy or plate-like item.  Oh, and when it’s World Cup, you get to put a star on your jersey when you win.  Kindergartners everywhere, rejoice!

As I now live in the UK I, by default, have an automatic stake in supporting England.  England, of course, being the country in the UK in which I reside and not to be confused with Northern Ireland, Wales, or Scotland.  (These being wholly unique countries.  Their jerseys are even different colours and from what I can recall do not have stars on them.)  Every year that international play comes around there is the usual build up and excitement.  There’s lots of England flags everywhere and Brian Blessed gets trotted out to do his Shakespearean awesomeness.  If this were America playing (and if the majority of Americans cared about this version of football) there would be intense love and admiration and positive energy flowing.

But in England, that’s not the case.

No, instead you parade the flag, toss out poor old Brian, and then talk about how long it will take for England to disappoint you.

I’ve taken to turning the volume down to low on the television because listening to the commentators will depress you.  England winning?  It’s just a matter of time before the other team trounces us.  England losing?  Well, that’s the case, innit?  We were predestined for failure.  Look at us!  We were once an EMPIRE!

They wait with baited breathe for a total team collapse.  Talk positive?  No, can’t do that.  Any moment Wayne Rooney will suddenly go mad on the pitch and start a very public affair with the goal post.

I want to think (and perhaps I am right) that the negative talk is their way of being positive.  You see, if you build yourself up too much then you will be brought down.  The Roman Emperors, after all, had a fellow who would ride along in their triumphal chariot saying, “Remember, you are mortal.”

If this is the case, then it’s working.  So far they are into the Quarter Final.  And at the top of their group to boot.

I suppose this makes the English extremely happy because then we have at least a few more days of unbridled bitching ahead of us.  A chance to insult every team member, their wives, children, and possible grandchildren.

God help us if we win this thing.

* I want to point out I was given a Chelsea jersey upon my 30th birthday, which I wear.  I do so because Michelle and Mark are awesome people more than because I support Chelsea.  Often, when running in this jersey I forget it is a football jersey.  Which is why when people hurl compliments and/or insults at me for no reason I am often surprised, followed by the sudden realization I am wearing an article of clothing which can cause such reaction.

One thought on “We love you England! (Though we know you’ll disappoint us in the end.)”