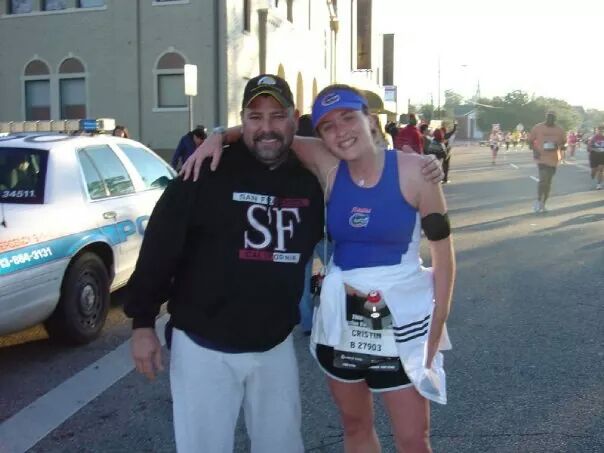 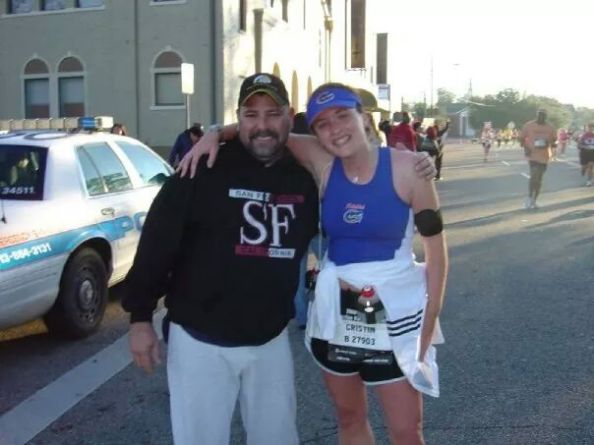 “I don’t care, I’m so excited.  I’ve got your gels, are you drinking enough water?”

For two Houston Half Marathons, at approximately mile 5, Michael Masciopinto would wait for me.  He’s the one who brought the camera that took this picture of us, pre-days of quality mobile phone images.  And even though this waiting was horrifically convenient as he lived very close to the race course his insane enthusiasm was what carried me, not the fact it was convenient.

Mike taught me how to read code.  He could teach anything.  He had a million miles of patience when training, despite the fact that he had no patience for other things. (If you ever went shopping with Mike you would find that shopping wasn’t joy for him, it was some form of torchure.)

When I found out Mike had passed, at the very early age of 49, I was just taken aback.  This was the person who spilled with enthusiasm, who, when I announced I was moving abroad helped me sell my car and get all my paperwork sorted.  He was the type who could give the most hilarious of presents.  When he handed me a wrapped picture I had opened it thinking that it would be a picture of us at one of the many SAP events we frequented.  Instead I got his: 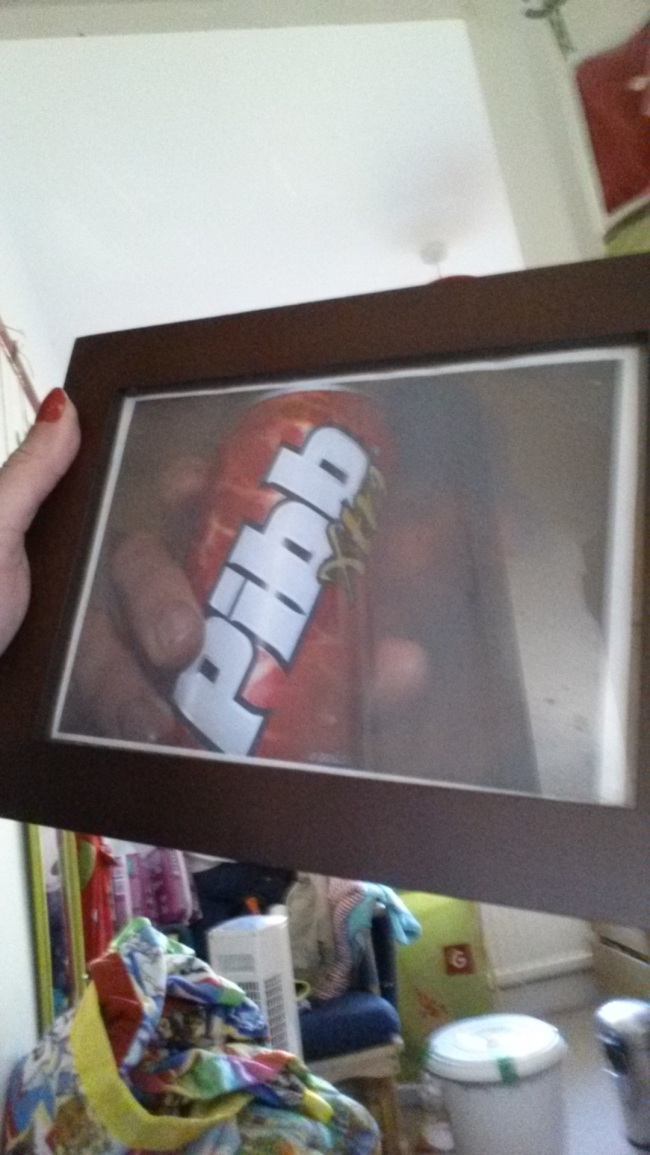 For those in the know, Mike’s favorite drink was Mr. Pibb.  He wanted to be sure I didn’t forget him (and also that Mr. Pibb is currently unavailable in the United Kingdom).

Mike was the guy whose cats were his family.  He was the kind who would participate in my silly office pranks (thank you for helping me wrap Randall’s office in Christmas paper while he was away!). He was the one who used toasters and beer to explain the concept of single source capture recording.  The one who made me believe asparagus should be cheered if cooked well.  He was the guy who would complain about choice but when lead into In-And-Out Burger would announce he didn’t eat beef.  He was the guy who would get so indepth to talking about something he would find himself on a ferris wheel and remember he was terrified of heights.

And I know that if I started to get all sad and mopey about him passing from this world would say he wasn’t somebody worth mourning.

Yes you are, Mike.

I didn’t quite expect that you’d go this soon.  But I know that you cared a lot for this world and the people in it.  You were one of the most selfless people I’ve ever come across. With you I always felt loved, special, and safe.  I never expected that in the span of a few weeks that two people who held such influence in my life would leave this world.

So, come October, two spirits are traveling with me to London. I’m now running in memory of Uncle Steve and Mike for JDRF.

I love you both, and this is now for you both.