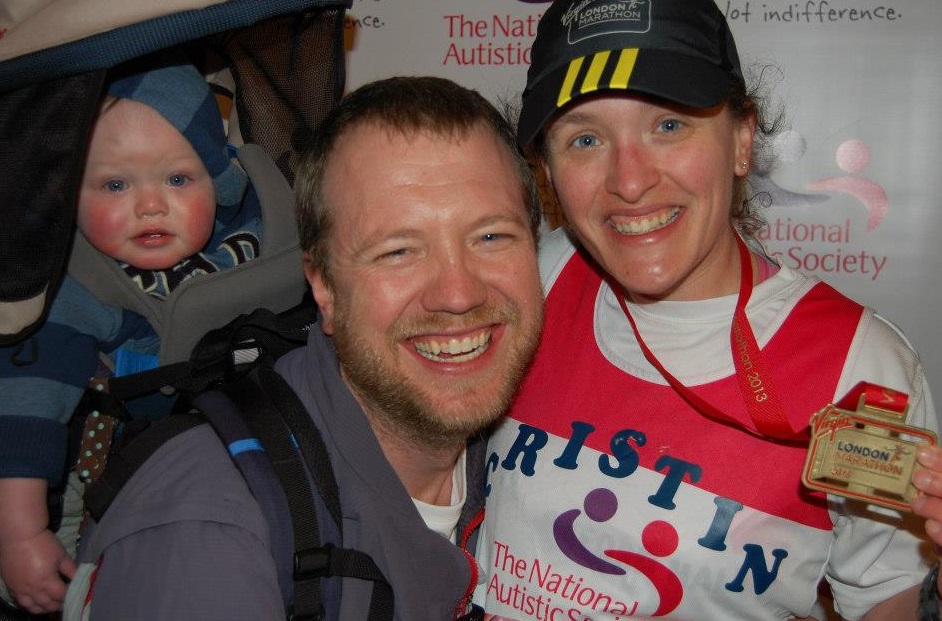 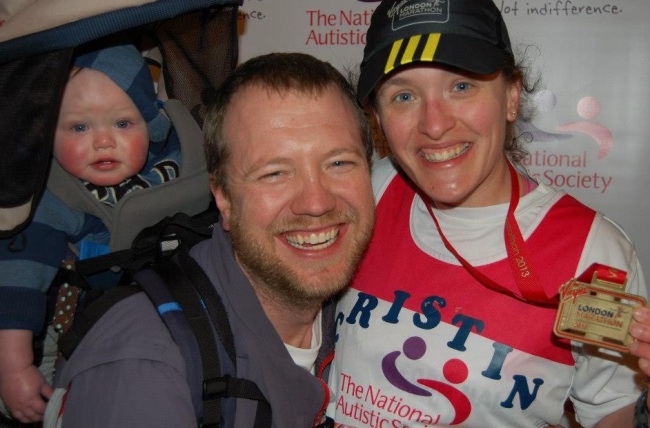 Look at me, am I not the picture of radiance?  That’s because:

It’s important to note what runners actually call a marathon when you are participating in it.  The “stupid thing” is the nicest words I’ve known that were used to describe it whilst on the course.  The other words I shall leave out, as they will most likely make your ears bleed.

So, how does one run the London Marathon?  Before I begin I need to reiterate that I am a slow poke.  I have a personal goal of one day finishing in 6 hours, so my guide is for people who are built for endurance over speed.  This is what I have learned:

The start is, in the best of descriptions, FREAKING HUGE.  So it pays to be early rather than late.  They put up massive screens so you can take your mind of things.  Grab a patch of grass, sip your fluids, eat a nibble or two (now isn’t the time to pile it in), and chill out.  You may want to meander over to your pin in the start line up a bit early too.  And, if you can, play some chilled out music and then, gradually, pump it up for the start.

Then, take out your head phones.

The reason people run London, other than flat course and a few amazing sites, is the people.  When my knee gave way (don’t worry, it just got weak no serious injury to report) those people carried me through.  The chanting, the screaming, and then… oddly… those moments of silence which sort of break up the crazy in this sort of blissful way… that’s what carries you.

Give some high fives.

Try to, seriously.  Those little kids?  You may have just inspired a future marathon runner… heck… maybe even a marathon winner.  I know that when it hurts you are less likely to high five, so I tried super hard to say “Thank you” a lot.  And don’t fret about germs, you’re going to be filthy anyway.

The National Autistic Society was AMAZING.  There was a cheer point full of people yelling and taking photos, and then the after race party… oh man.  Leg and lower back massage!  Shower!  Food!  Oh, and when I arrived… me… the SLOW POKE… I had cheers and clapping and whistling.  On the course I came across a few of “my people” and it lifted me up.  I tried super hard to tell them how great they all were, because we were all in it together.

When my knee gave my dream of 6 hours* vanished, but I kept going.  To me, amongst all the others who were limping, stretching, crying… we kept going because of sheer will and determination.  When you finish a marathon you are a marathoner.  There isn’t anyone who will take that away from you, no matter what your time.*

Entries for 2014 open up April 29th – And if you want in, be there to put your name in the draw as soon as possible, it fills up FAST!

Good luck to everyone, I sincerely enjoyed this race.

** Small disclaimer: I have to admit, I’m the kind of person who would’ve crawled over the finish line and died.  Please don’t take that advice!  If you ever feel like you are super crazy ill, hurt, or otherwise seek medical attention at the nearest spot.

3 thoughts on “How to Run the London Marathon”